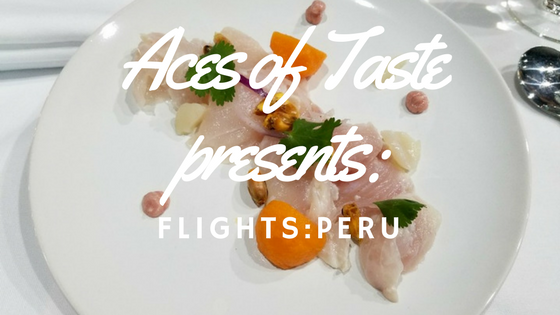 As I mentioned in the previous blog post Lunar New Year Dinner hosted by Aces of Taste, I won the raffle prize of free admission to their next pop up dinner. Well this blog is all about my prize! This dinner was so popular that they sold out and had to add a second dinner service the following weekend. The featured chef was Toya Terry, who in a matter of weeks would be hoping a flight to her new home in Peru to continue her culinary adventures. This would be one of her final few dinners in the US. Here's what was on the menu.

I've never actually had ceviche like this and now I feel cheated. Usually you see ceviche coated in a tomato-based sauce with avocado. This pure stripped down version was delicate and full of texture. The bits of cooked corn were like biting into an intense tortilla chip shrunk down to size, and the sweet potatoes were a nice touch of color. A very light and playful first course that set the tone for even more suprises along the way. If all they served that night was this dish I would have left a happy girl. The mashed purple potatoes was a creative touch to top the grilled fish, that sits as an island among perfectly cooked cauliflower. This is why they call it culinary ART. The red teardrop looking things you see on the plate really caught me off guard. I still don't know what they are. They aren't tomatoes, they are almost like tiny bell peppers. When you bite into them they somewhat pop open with a sweet flavor inside of a relatively hollow center. The fish was perfectly cooked, juicy,  expertly seasoned, and yet didn't take away from the Aji Amarillo Broth. This was an interesting dish. The quinoa of course was grainy, the milk added a creamy texture, and the flavor was very mild. I could see this as a good breakfast item if the milk were swapped for a watered down yogurt of some sort. I loved the contrast in texture and appreciated that the dessert was not overly sweet. To anyone who has a sweet tooth this may have been bland due to taste buds that have been saturated in sugar over the years, but I liked it. Each of the entrees were paired with a signature cocktail mixed with the Peruvian super premium spirit, Pisco Porton. These drinks were strong like bull, flavorful, and perfectly paired with the cuisine they were served alongside. My absolute favorite drink was the La Sarita  (middle image) due to the smoked cinnamon garnish and chai spice flavor. Based on reviews from the crowd I think everyone enjoyed the Piscolada ( far right image) the most. It's one of the sweeter drinks and paired well with the not so sweet dessert. This is one of my favorite dinners from Aces of Taste, and an experience I will not soon forget. Food has the power to bring people together to enjoy life in all its many textures and flavors. These pop up dinners are a one time only event before there is a new menu and a new chef, and so much like life, they must be savored. I wish Chef Toya the very best in this new chapter of her life, and strongly recommend you  pull up a chair at the next Aces of Taste pop up dinner. 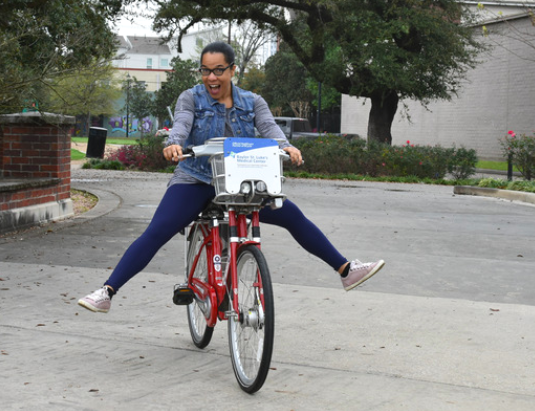 Why I Wheelie Love Midtown

Riding around Midtown with BCycle exploring must see tastes, sites, and experiences. 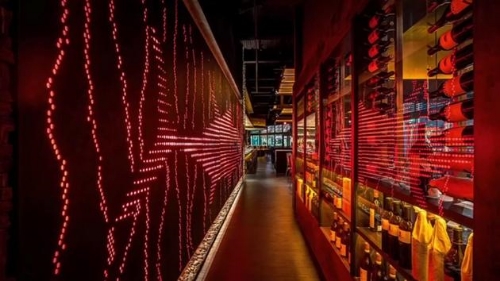 If you have never been to Kuu, in my personal opinion the best sushi restaurant in all of Houston, you haven't truly lived. 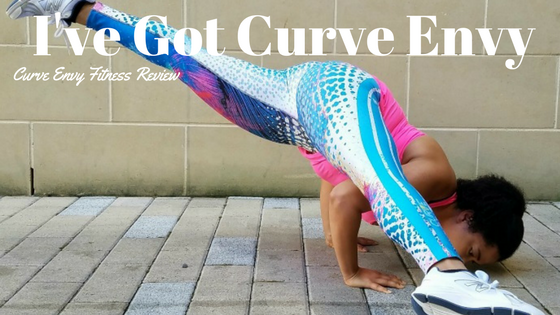 If you follow MsIndependent on Instagram??then you know that I am a fan of fitness. After teaching Pilates for 9 years, being a personal trainer, and group fitness instructor, I will forever be an advocate for a healthy lifestyle. I have tried dozens of fitness brands, and spent hundred of dollars of fitness apparel, so when I had the opportunity to try out leggings from Curve Envy Fitness, I was beyond excited.
See All Posts